Care Over Cash - A Female Thing?

“If only women were in charge …. “ sighed a man to his companion next to me on the train, as he closed his newspaper. Not the first time I’ve heard that remark, or said it myself! What do we mean by this? I know what I mean – that the qualities we associate with the ‘female brain’ – nurturing, gathering, relationship skills, flexibility and openness, care and compassion – seem to be in short supply in many corners of the world these days, and if they were more present there would be less suffering and greed.
Imagine for a moment, the proverbial corridors of power, political or corporate, but where everyone has more flexibility, openness, and compassion – it might look something like this: everyone approaches cultural diversity as a strength as opposed to as an obstacle. Imagine everyone prioritising their relationship skills - this could mean more effective teams, globally as well as locally, all being managed with emotional intelligence, dialog flowing and compromises and decisions reached. Last but not least, imagine compassion being a quality valued and required by all people in power – surely we would see more inclusiveness and more ethical decisions on every level; we would see the prioritization of care over cash; and social responsibility would be something people, leaders, have rather than a buzz-word they use.
Traditionally’ the qualities in these imaginings are considered ‘female’, (which I presume is what the sighing man on the train was referring to). However, I believe we all know that everyone, regardless of gender, has the capacity for these qualities. Even though our brains are wired differently – this is as much the result of ‘training’ as it is biology. Contrary to conventional belief, men are not slaves to testosterone, and compassion & relating is not the sole territory of women. According to Dr Louanne Brizendine, author of 'The Male Brain', there is plentiful research showing that the adult male brain has great capacity for both devotion and nurturing.
SO, on that note I’m going to adjust my thinking about this ‘leadership’ subject and instead of ‘If only women were in charge’, I’ll be thinking about and imagining everybody in leadership positions accessing their innate abilities for compassion, openness, and relating. The imagination is a powerful thing ….maybe it will make a difference, however small! Won’t you join me? :-)
Posted by Jennifer Day at 7:44 AM No comments: 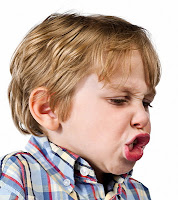 Piercing scream from aisle eleven,
Tantrum in progress
Escalating fast.
‘Gimme gimme!”  yells the screamer,
Louder and louder,
How long will it last?

Earplugs are on aisle eleven,
Can’t get to them
The dad’s in the way
Bending down to try to reason
With the screamer,
What on earth will he say?

‘Sweety please, do stop your screaming,
Please be good,
Be quiet now.”
“I don’t wanna!” yells the offspring.
Dad looks flustered,
Sweat beads on his brow.

Trying to ignore the racket,
With fellow shoppers
I vacate the aisle.
Still I hear the constant crying,
Dad’s enduring,
I manage a smile.

“I will get you coke and burger
If you’re good
And stop this din.”
Dad beseeches. Youngster screeches
“I want Gameboy!”
I wonder who’ll win?

Leaving supermarket later,
A familiar
High-pitched scream.
There, again, the kid 'in tantrum',
Gameboy in hand
Yelling “Now! Ice-cream!”
Posted by Jennifer Day at 9:54 AM No comments: