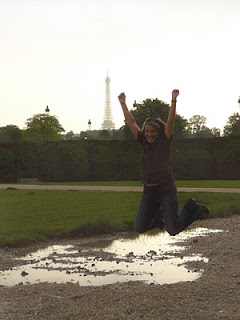 A few months ago I strongly recommended a book titled DRIVE by Daniel Pink. The whole idea of what motivates us has been redefined both in this book and elsewhere – we now know for sure after countless research studies and a plethora of articles and books on the subject, that ‘carrots ands sticks’ are not the effective motivators we thought they were! Back in 1993, in PUNISHED BY REWARDS, Alfie Kohn wrote about the same subject – but still to this day, many are so programmed in old beliefs it appears to be very difficult to get out of the habit of ‘carrots & sticks’ thinking, as difficult in fact as quitting smoking or any other addiction, if the general US corporate culture is anything to go by. During the last two years or so, I have been dismayed to witness, time and time again, the lack of understanding corporate heads & management seem to have for human nature and how to motivate their people – one would think in our challenging times understanding how to motivate employees would be more important than ever! Some would even say it’s just common sense! But instead, using the current crisis to exacerbate fear and uncertainty – I overheard one exec. saying to a colleague about his team, ‘the uncertainty keeps ‘em on their toes, it’s good for 'em.” – has become the norm, with no consideration for the emotional psychological impact of on-going, long-term stress on job-performance or productivity. What does this lack of understanding say about the intelligence of these leaders – never mind their emotional intelligence? Surely this is contributing to the downward spiral and increasing failure of businesses? Maybe we should re-look at how we promote people, the qualities we look for and the training we give (or not) to anyone that’s required to manage others?  I’m only asking…………..

In my next posting I’ll be offering up some suggestions for motivating people that you may not be familiar with ….. watch this space!
Posted by Jennifer Day at 4:00 PM No comments:

A small silver tea-strainer is balanced gently on the delicate teacup, pale blue china on a dusty pink saucer. A slightly stained silver teapot follows, boiling hot to the touch, then a tiny silver milk-jug filled to the brim. They are all arranged carefully on the table in front of me, leaving space in the center for the main indulgence; two hot fruit scones, with Devonshire clotted cream and homemade strawberry jam. Ahh what bliss! Afternoon tea at Fortnum & Masons. The scone crumbles slightly but perfectly as I bite into it, and my tastebuds burst into action with the mixture of cream, jam and raisins swirling around in my mouth.  Four bites later and one small scone is devoured, washed down with sips of hot, strong Earl Grey tea. This is my favourite indulgence when in London. These days especially, with all the dire news around us!! I always believed that when the going gets a bit tough, we should indulge in a treat. There is no time when a treat –or indulging in whatever makes us feel a little pampered- is more needed than when we imagine we can’t afford it or don’t have the time.  To paraphrase a favourite saying “When the going gets tough, the tough take cream tea.”
What’s your indulgence?
Posted by Jennifer Day at 1:13 PM No comments:

Today I am uncontainably (is that a word? If not, it should be), excited about our new Member Zone. It’s free and its purpose is to share guided visualizations, meditations and stories by audio to help you relax, re-focus, recharge, release tension, etc. etc. Right now there are seven completely different audios – including for children! Having seen how powerful visualizations can be for children (as well as adults) over the many years I have worked with this wonderful tool with children, finally being able to share this on the internet is especially delightful to me. We aim to add new ones on a regular basis – eventually we’ll have hundreds!! Check it out!
Posted by Jennifer Day at 8:23 AM No comments: