BECOMING IS BETTER THAN BEING 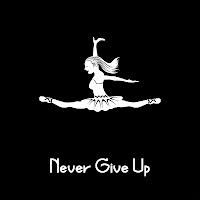 A popular saying in the 60’s, ‘Becoming is better than being’ expressed the idea that growth was more desirable than a permanent state. It is a notion whose time has come again – this time around not so much as an ideology but as a result of research - research that I for one, am thrilled to read.
As a young (and very average) student ballet dancer ‘back in the day’, I was fleetingly encouraged by a claim that to be successful required only two percent talent and ninety-eight percent hard work. Unfortunately, my hard work seemed to go unnoticed and I felt increasingly discouraged and timid, gradually withdrawing from situations where my lack of self-confidence might be reinforced. The success I sought eluded me until I finally applied the hard work to the areas in which I was perceived to have ‘talent’. Two different careers later I discovered that I had been raised with a not-so-helpful ‘fixed’ mindset; when talent and abilities are praised and rewarded, and mistakes and efforts that fall short are indicators of lack of ability and to be discouraged or avoided. Conversely, a ‘growth’ mindset -viewing faults and failure as opportunities for growth- is a mindset that, I discovered, not only gradually reveals untapped abilities but opens doors of previously unimagined possibilities.
The terms ‘growth mindset and ‘fixed mindset’ were coined by one of the leading researchers in the field, Professor Carol Dweck at Stanford University, who is also often credited with popularising the ‘Becoming is better than being’ quote. Her research has attracted increasing attention among educators and mental health professionals because her findings show that, rather than focusing on intelligence and innate achievement, it is far more important to reward effort, creative strategies, and perseverance.
This growth mindset is all about ‘becoming’. It views the process; the effort; the ‘journey’; the growth itself as having more value than ‘being’ in the accomplished state. Although we are all inclined to praise intelligence and ability in both ourselves and in our children, research shows that this actually creates a ‘fixed mindset’ resulting in fragile people without the resilience needed to effectively tackle adversity or to persevere in the face of difficulty. With such a mindset, when we feel rejected or disappointed, we immediately think ‘I’m not likeable. I’m not approved of – I’m not a good enough person’, feeling guilt or shame for having done something negative or failed to achieved a goal. However, with a growth mindset we think ‘I am not happy with what I did. It’s inconsistent with my values. How can I better understand it? What can I learn from it? How can I make up for it and improve in the future?’
Dweck is often asked to compare her findings with the ever-popular Cognitive Behavioural Therapy (CBT), and her response is particularly interesting. “CBT often says “Don’t think you’re not a smart person because you didn’t get an A. Look at all the other A’s you got – you’re a smart person.” But in the mindset framework, we’re saying “Get out of the smart-person framework entirely, Stop thinking about that the good or bad measures you but rather think of yourself as a work in progress.” CBT asks you to find evidence to challenge the argument, and we’re saying it’s the wrong argument.”
I find this particularly interesting because it validates and supports our work with Applied Emotional Mastery – where we focus on the feeling state and using the management of emotions to help better understand, learn from, and continuously improve – whether it’s in relationships, parenting, managing others or opening our own mind up to more possibilities; in other words to develop a growth mindset.
So, as we approach a new year again, why not start treating your mistakes, and your children’s mistakes, as exciting, interesting, perfect opportunities for learning and growth, and for building resilience. Had that been my mindset as a young dancer, who knows, age aside I might still be prancing around ‘en pointe’!
Posted by Jennifer Day at 6:16 PM No comments: