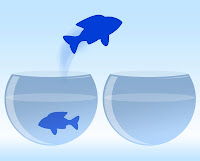 Change is in the air, (or so I hear!:-)) It’s becoming quite a familiar cry and more than a few people report feeling unsettled – whether by the change itself, or by the perpetual revolutionary promises swirling around them with no evidence of any positive outcomes likely to be felt any time soon! But change is clearly wanted, and needed, on a scale that most of us feel we have no control over. As we approach a new year, we may take some comfort in our desire to make some personal adjustments for the better, since personal changes are ones that we do have control over (right?). This is the time of year is when our good intentions propel us to consider -and even make- one of those resolutions that will give us the results we want, (although strangely, they seem to need repeating year in year out ……….)

Change is hardly ever easy – whether we’re trying to make it ourselves or it is imposed upon us. Charles Darwin once famously said; “It is not the strongest of the species that survive, nor the most intelligent, but the ones most responsive to change.”

Many studies have shown that the ease with which we can adapt to change indicates our level of emotional intelligence, and I must admit I have seen evidence of this both in my own life and in the lives of many of the clients I am privileged to coach. The findings are quite clear: in every area of life, the more insight one has into human nature, –- in other words, the more self-awareness and people skills one has –- the more likely one is to be successful at implementing and handling any change. Simple but not always easy. 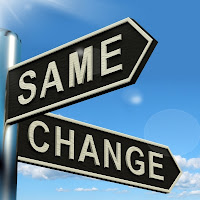 One approach to change I have found to be helpful was developed by psychologist Paul Watzlawick, author of CHANGE (1974). He found that there are two significant types of change, which he referred to as First Order Change and Second Order change. In short, when the change occurs within a system that itself remains unchanged, he called it First Order Change. On the other hand Second Order Change is when the incidence itself changes the system. An example might be a nightmare in which you’re being chased: if you find yourself running away from something scary in the dream, regardless of how many times you change direction you continue to be chased – there is no real change. This is First Order Change. With Second Order Change, your awareness of the fact that you’re having a nightmare would lead you to wake yourself up, thereby ending the bad dream – in other words ‘the system’ itself changes.

Similarly, in our wakened state when we keep trying to make changes from a purely behavioural, action-based approach, we are not necessarily changing anything permanently. However, when we take charge of and manage our emotional state, change the way we feel, our perspective also often changes, which can in turn alter the entire meaning we give to the situation – and when that happens, any change we make as a result, is likely to be more manageable and sustainable.

How this can help the world at large is a question way beyond my political know-how – but as it applies to each one of us personally, it can, I believe, make a considerable difference to how we handle changes we need to make, or whatever change is thrust upon us! And in the words of Viktor Frankl;“When we are not able to change a situation, we are challenged to change ourselves.” One way we may be able to do that is through managing our emotions so we respond according to our values and what we can do to move forward positively.

Posted by Jennifer Day at 3:29 PM No comments: