Having fasted for two days, I sat down with a good conscience, a fruit smoothy and a piece of chocolate to read an article about self-control. The author of the article claimed that psychologists have isolated the personal qualities that predict positive outcomes in life as being intelligence and self-control. So excited is he about this idea that he has gone on to write a complete book about self-control, claiming it’s the ultimate secret to a successful life. Hmmmmm, I wonder if that is merely his interpretation of the findings that the qualities embodied in emotional intelligence are the greatest predictor of success and fulfillment? I suspect this is at least a twist on that research and if so we can safely say that the interpretation skews the findings so much that it squeezes the very essence out - that essence being emotion. While the article goes on to make many good points – such as that self-control is driven in part by our physiology and so is greatly affected by what we eat and how much sleep we’ve had (stating this as if it’s a new discovery hints at that the article was not written by a mother :-) – The writer goes on to say that the best way to improve self-control is by first setting a goal and then monitoring your own behaviour.  Whoa – this is where I beg to differ, for where is the critical ingredient - emotion? The underlying cause of most lack of self-control is emotional, usually an emotional need that is not being met, and if all we do is set a goal and monitor our behaviour, we could miss the root cause altogether and just end up stuffing those driving feelings with who knows what dysfunctional results. Where is the intelligence in that? No, I must put my two bits in here: there is a step we need to take first, before any other, and that step is awareness– self-awareness and specifically emotional self-awareness. Only after we know what we feel and why we feel it can we hope to make any permanent change in how we control ourselves…… and oh yes, what we eat! I believe that brings us full circle? 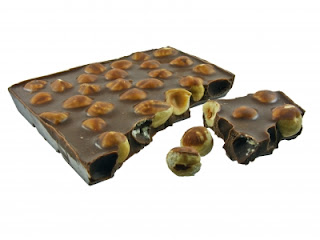 Posted by Jennifer Day at 1:17 PM No comments: