An Ode To The Peapod

Today I shelled peas.
No big deal you might say
But it isn’t the norm to shell peas, these days.

The norm’s in a bag
Either frozen or dried
Not fresh, plump pods with the peas inside.

I must do this more often
Select the ‘slow’ way
It’s far more enjoyable, any day!
Posted by Jennifer Day at 7:58 AM 1 comment: Links to this post

Angry In The Right Way?

Aristotle said “Anyone can become angry – that is easy. But to be angry with the right person, to the right degree, at the right time, for the right purpose, and in the right way – this is not easy.” There’s plenty of proof in today’s world of this ancient wisdom! Certainly anger was one dominant emotion seething through the streets of London recently – both amongst rioters and victims. But there were other emotions too, emotions that we don’t understand quite as well as we understand the anger of the disenfranchised; emotions like recklessness, cold, callous indifference, and the out-and-out ‘f—you’ emotion, that was clearly driving so many of the rioters.  One can debate and analyze where these feelings come from and there are doubtless a few different opinions out there. Personally, I would love to see more discussions about the societal causes underlying the complete lack of empathy and compassion in such a large amount of young people, and what, if anything, we can do about it. However, I am prevented from even going there because I know that empathy is just one of a series of key ingredient in what we call emotional intelligence, which brings me to the one thing that WAS clear in these riots, and which needs no discussion or analysis, and that is the complete and utter lack of emotional intelligence in the rioters.
Emotional intelligence or EI has been the subject of much research in the last couple of decades, and we now know enough about its significance and consequences that we are integrating into our schools and parenting - or at least many are attempting to, (and if we aren’t we should be!)
Where we often go wrong with developing emotional intelligence is that we start from the wrong end; we want to develop social conscience and empathy before we do anything else, and much of the current political rhetoric about these riots may unfortunately increase this misdirection. But the human psyche doesn’t work that way, especially in our complicated society where we are so highly stimulated. We have to start at ground level –by first teaching our children (and ourselves!) to recognize emotions. No one can be expected to manage their emotions when they only become aware of them after being consumed by them! Only when we can identify emotions as they surface, can we begin to understand them, distinguish the emotions that serve us from those that don’t, and begin the (arduous for some), process of learning to regulate or manage them and express them more appropriately. In that process, if we stick with it, qualities like empathy and social conscience can really develop, and maybe eventually even the increasingly lacking ability for delay gratification!
There is no short-cut to developing these qualities – they won’t happen by blaming & shaming, or even by punishing (although I do recognize the importance of such measures). Empathy, care, compassion and social conscience will only develop when we pay attention to the emotions that drive all behaviour, not in a touchy-feely way, not by mollycoddling anyone, but by acknowledging the significance and power of human emotions and integrating the building of emotional skills and EI in our education and society in developmental and structured ways. In my humble opinion, we need to get onto it.
The good news? When someone experiences the benefits that come with increasing EI, - the heightened sense of self-confidence; the improved relationships; the increased creativity and accomplishment of goals; the frequent ‘feel-good-for-no-reason’ moments; etc. etc. (the list goes on) – the motivation to continue the process of mastering ones emotions becomes almost organic. Even channeling anger to express it in ways that are constructive and do not damage others, grows easier and easier - ever increasing the chances of ‘being angry in the right way’.
But as I said, there’s no short cut.
(As you can tell by this Blog post, the concept of 'short' eludes me today!)
Posted by Jennifer Day at 9:47 AM No comments: Links to this post

The concept that the fluttering of a butterfly’s wings can impact wind and weather many miles away can be a great metaphor for us humans and our emotions! Personally, I know that a relatively small change in my internal state can make a difference to every other person I meet, am around, and even family in faraway places. It may be explained by the whole electromagnetic field theory, as our ‘field’ and its quality is regulated by our emotions, in other words what you are feeling at any given time will be sent out in electrical signals that one can’t necessarily see or hear but that can be felt, (you know, that walking-into-a-room-and-just-knowing-something-is-off thing!) Then of course there’s also the way we impact our surroundings with the way we act, our words, etc. Ahhh – the mind boggles, this metaphor could develop into a mutli-layered story!! (Can you 'feel' my overwhelm? ) 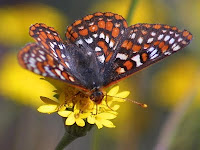 So, what’s your butterfly effect?
Posted by Jennifer Day at 1:58 PM No comments: Links to this post